2020 offered an interesting perspective on gold’s performance during an abrupt economic crisis. While we don’t wish to diminish the suffering or tragedy we experienced during the pandemic, we want to take a moment, step back, and reflect on what we and our customers learned.

The three stages of the 2020 gold rush

On January 30, New York Governor Andrew Cuomo declared an emergency. That same day, the WHO called the virus a Public Health Emergency of International Concern. New York and New Jersey were particularly hard-hit in the initial stages of the pandemic.

Over the course of March 2020, Americans became increasingly alarmed, and took action. In response, the price of gold dropped (just like everything else).

At first, this doesn’t make sense. Isn’t gold supposed to gain in value during times of crisis?

Correct. But consider: the first financial response most people have to an emergency is, “Sell everything. Convert all paper assets into cash, take it home, and stuff it under the mattress.” In March, The New York Times reported a midtown Manhattan bank ran out of $100 bills. 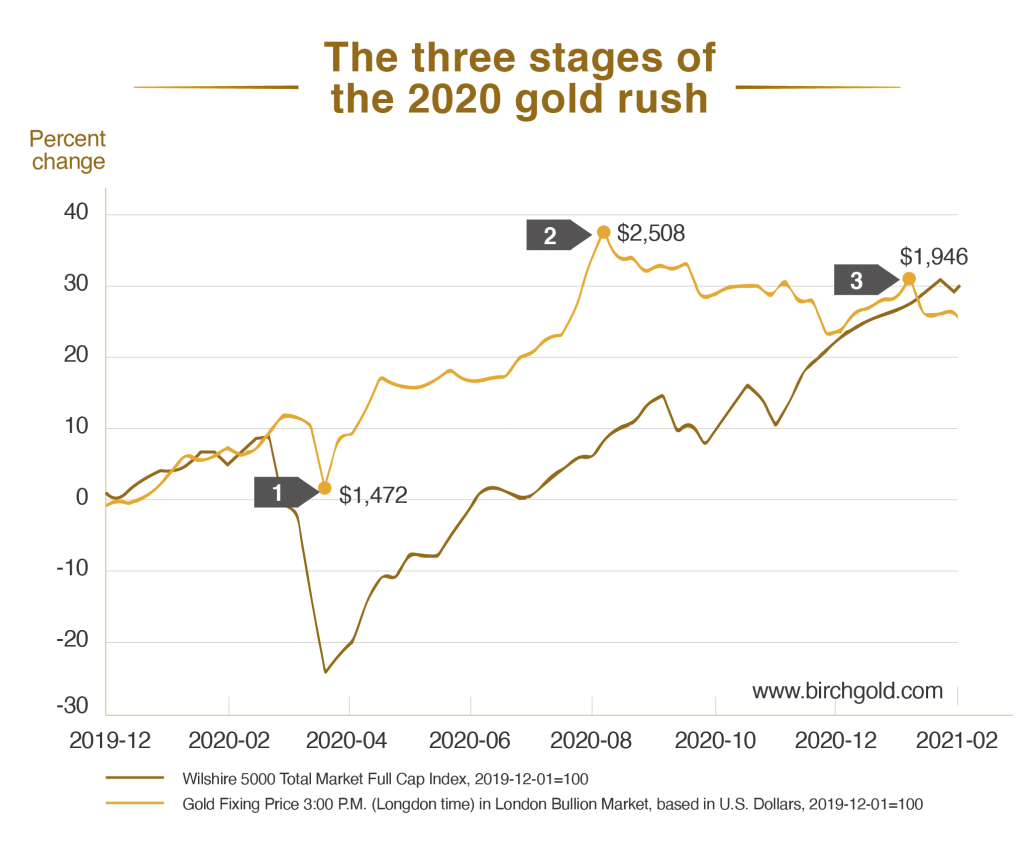 At the end of March 2020, President Trump announced that Americans should stay home. Once it was clear that the pandemic wasn’t in fact the end of the world, but rather a “black swan” event, Americans began preparing themselves for long-term lockdowns.

Gold replaced cash and toilet paper as the most popular asset. Its price recovered from its initial drop before the end of the month, and rose by about one-third over the course of the next five months to an all-time high of $2,067.15 on August 7.

For historical context, here’s the same information for the Great Recession of 2008-2009:

You can see the same pattern clearly: everything drops together, then gold goes up while stocks go down, then once the dust has settled, we get to stage 3.

After society doesn’t collapse and civilization continues to grind on, panic fades. Short-term thinking slowly gives way to a longer-term perspective and money cautiously re-enters the financial system. After such an unpleasant surprise, savers feel less comfortable gambling 100% of their nest eggs on stocks. That’s when “risk-on” assets like stocks as well as “risk-off” assets like gold march upward together.

This trend continues until fear of loss is replaced by fear of missing out on the returns associated with higher-risk assets. Investors extend themselves into increasingly risky assets, , and speculation runs rampant.  Just like the day-trading boom that presaged the collapse of the dot-com bubble, and the house-flipping mania warned of the Great Recession, a speculative frenzy is an irresistible siren song to many, but an alarm to the wise. 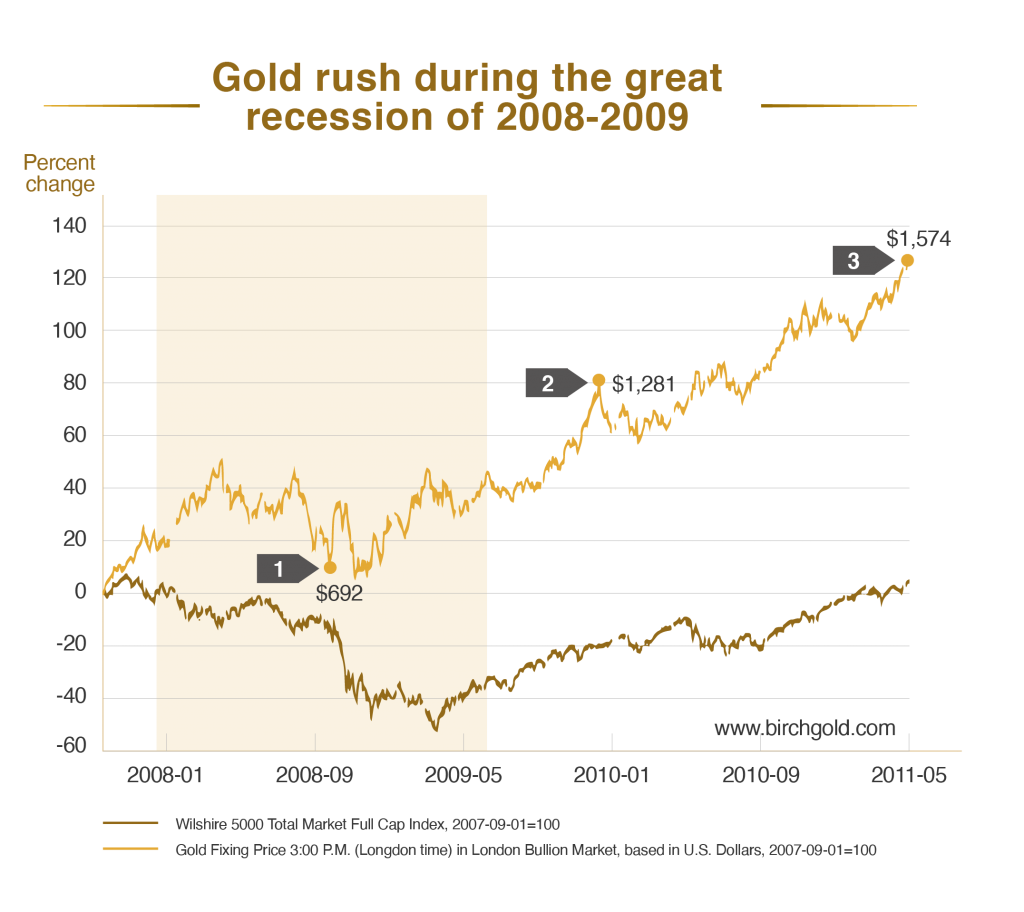 We don’t know what the next speculative mania will be, how long it will last, or how brutal the inevitable crash will be. We don’t know where the price of gold will go next, or next month. Here’s what we do know: Gold doesn’t promise quick and easy gains. Instead, gold stubbornly rises in value, year after year, decade after decade, as inflation accelerates. Gold jumps in price when disaster seems imminent, driven by a surge in demand from those who realize, all too late, the house of cards is toppling.